The Company’s Senior Management provide guidance and oversight to the operations within the Company and set the strategic direction of the Company’s business; they manage relationships and communicate with investors; create company policy and guidance; approve operational workflows in conjunction with more junior management; perform risk analysis and management.

Oleksandr “Alex” Bilokon has over 20 years’ experience working in the shipping services industry, across the global shipping hubs, such as Cyprus, Hamburg, London, and, for the last 11 years, China. He has worked for the industry’s leading supplier, V.Ships, since 1996.

In 1983, Alex graduated with an MSc in Marine Engineering with Distinction from Odessa National Maritime Academy. He joined the Black Sea Shipping Company and progress through marine engineer officer positions to Chief Engineer.

In 1996 he joined V.Ships and gained experience in Cyprus, Hamburg, and London.

In 2006 Alex relocated to Shanghai and became General Manager of China International Ship Management, a joint venture between China Shipping and V.Ships. In 2011 the joint venture expanded its business. By 2015 more shipping companies expanded into Shanghai FTZ. In 2014 and 2015 Alex won V.Group CEO Awards for his contribution to commercial performance and business development.

Our Scientific Advisory Board (SAB) advises the Senior Management and Data Science Team on all aspects of the development and implementation of the Company’s scientific strategy. It is composed of internationally recognized scientists who enable the Company to plan and assure the quality of its research and development activities. The SAB helps ensure that the company stays at the forefront of scientific research and industry trends. 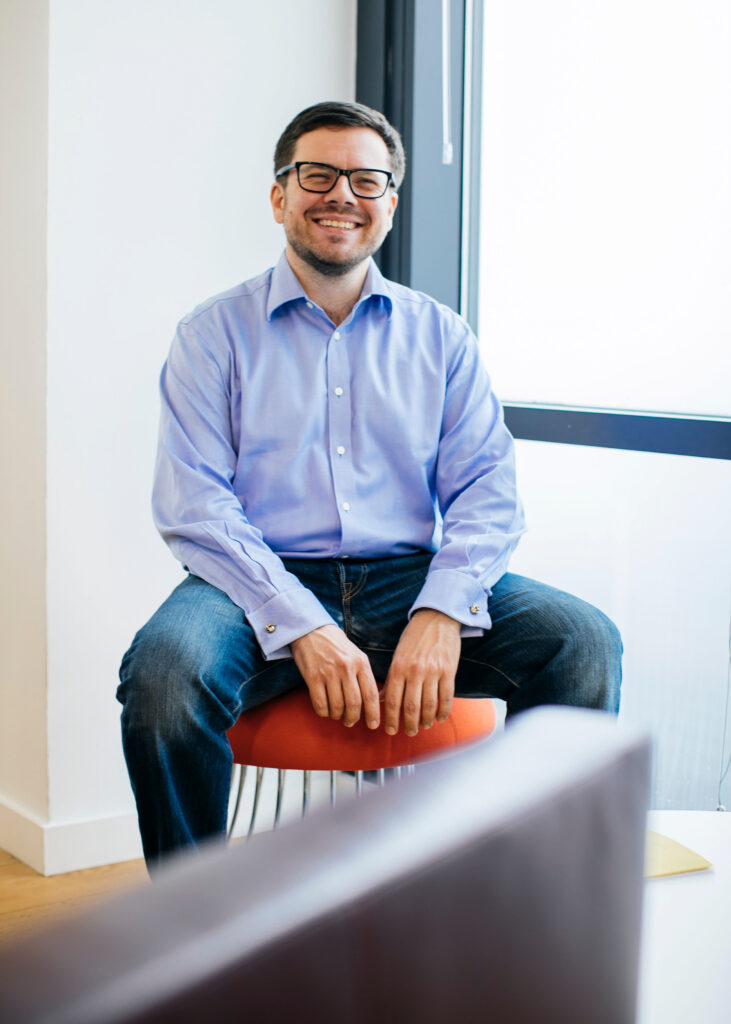 Paul has graduated from Christ Church, University of Oxford, with a Distinction and Best Overall Performance prize. At Oxford he wrote a distinguished project, Bayesian methods for solving estimation and forecasting problems in the high-frequency trading environment, supervised by Daniel Jones. He also graduated twice from Imperial College London. His MSci thesis Visualising the Invisible: Detecting Objects in Quantum Noise Limited Images, supervised by Duncan Fyfe Gillies and Marin van Heel, won him the university’s Donald Davis Prize and the British Computing Society SET Award for Student Making Best Use of IT.

Paul’s lectures at Imperial College London in machine learning for MSc students in mathematics and finance and his course consistently achieves top rankings among the students.

Dr Bilokon is a Member of British Computer Society, Institution of Engineering and Technology, and European Complex Systems Society.

Paul is a frequent speaker at premier conferences such as Global Derivatives/QuantMinds, WBS QuanTech, AI, and Quantitative Finance conferences, alphascope, LICS, and Domains.

Blanka Horvath studied mathematics and economics at the University of Bonn. During a stay abroad, sponsored by the Haniel Foundation and the Studienstiftung, she completed her studies in economics at the University of Hong Kong. She completed her mathematics studies at the University of Bonn with a focus on differential geometry, followed by her doctoral studies at the ETH Zurich in financial mathematics, with a special focus on the geometry, asymptotics and numerics of financial mathematical models. After her postdoctoral stay at Imperial College London, funded by the Swiss National Science Foundation (SNSF), and various shorter assignments in the financial industry (AXA Group, Zeliade Systems, JP Morgan, Merian Global Investors, Thalesians, Quantennium), Blanka Horvath accepted the lectureship (Lecturer, tenure track Assistant Professor) in Financial Mathematics at King’s College London in 2018 and became a senior member of the Machine Learning in Financial Mathematics Interest Group at the Alan Turing Institute in 2019. Blanka Horvath’s current research interests focus on asymptotic and numerical properties of stochastic volatility models, in particular models with rough paths (rough volatility), as well as using generative methods -across models- to generate synthetic financial market data. For her contributions to the calibration of (rough) stochastic volatility models with deep neural networks, she received the Rising Star Award from Risk Magazine in 2020. Blanka Horvath was appointed Professor at the Chair of Financial Mathematics at the Technical University of Munich in April 2021.

Our Data Scientists use statistical methods, machine learning algorithms, and other tools to analyze data and create predictive models; some also build innovative data products, recommendation engines, chatbots, and other technologies for various use cases. They are integrated into the business and serve a strategic function with support at the highest levels of the organization, all the way up to the CEO.

Joshua Key is a quantitative consultant based in London, United Kingdom. His areas of focus as a consultant are Natural Language Processing (NLP) signals, systematic trading strategies, and automation of the entire trading process in Python.

His experience in Quantitative Research began during his role at a systematic fixed income hedge fund in London, where he developed multiple NLP signals applied to high-yield and investment grade corporate bonds. Here he backtested and optimised multiple credit strategies, resulting in the discovery of several signals with strong additive performance.

Josh then went on to work as a Quant for BNP Paribas, where he was responsible for investigating and backtesting signals in the equities universe. During his time he implemented a dynamic risk parity framework in Python, optimising capital allocation to maximise Sharpe ratio across different strategies.

Josh has seen firsthand how utilising kdb+/q infrastructure leads to vast improvement in computational performance, and as a result has become a kdb+/q enthusiast.

When he isn’t writing hundreds of lines of Python code, Josh enjoys spending time with his family and friends as well as going surfing whenever the weather permits.

Nauris has a decade of experience in fitness as a group exercise instructor and personal trainer. However, he always dreamt about software development, but never believed that he was good enough or smart enough. Sometimes he was so busy that he had no chance to study. But when the world got hit by COVID-19 and the first lockdowns kicked in, Nauris had a lot of free time, and he decided that he would give software development a chance.

It was a frustrating start, but he pushed through and the more he studied and practiced, the more he fell in love with problem solving and ever-expanding possibilities.

He started off with web development and full-stack JavaScript. He mastered React and learned to build React Native apps for Android and iOS.

At Thalesians Marine Ltd, Nauris found numerous applications for his programming skills. He took his coding and software engineering to the next level and applied them to a new and exciting domain – data science. Now his main programming language is Python and he is fluent in NumPy, SciPy, pandas, scikit-learn, TensorFlow, Keras, and PyTorch.

Nauris believes that his core strength is his endless curiosity. His greatest passion is learning, and he is always open to learning something new to sharpen up his skills.

Data scientists use statistical methods, machine learning algorithms, and other tools to analyze data and create predictive models; some also build data products, recommendation engines, chatbots, and other technologies for various use cases.

Before switching his interest to financial markets analysis and electronic trading, he worked in the upstream oil and gas industry in the Netherlands and Norway where his research was about the exploration of deep marine oil and gas reservoirs. Additionally, he has experience from working for a Munich-based asset manager and family office and a private bank in Luxembourg on their desk for asset, liability, and portfolio management.

Benjamin enjoys sharing his experience with under- and postgraduate students at universities in London and is a member of the Trading Society at the University of Campinas, Sao Paulo in Brasil.

You can depend on us to provide complete project management and delivery support throughout the project lifecycle. Our Project Managers have the responsibility of planning, procurement, and execution of a project. They are reinforced by the Executive Assistants, who help run a business support function to Project Management,

George studied Philosophy at Warwick and Law at UCL. He then committed himself to the creation and development of new businesses.

One of his business ideas, The Good Yard, has undergone several incarnations, starting life as a street food project “CHIA” in Camden. His business partner, Oli Midgley, and George spent all day, every day cooking and serving their classic menu. They learned the importance of sourcing good quality ingredients from suppliers. This experience has led to George’s strong focus on business relationship building.

This particular project has grown into a group of healthy grab and go spots, serving up health food, speciality coffee, juices, shakes, and cocktails in the evening. The Good Yard has locations in Liverpool Street, Leadenhall Market, and Shoreditch. TimeOut has listed The Good Yard among the ten best juice bars in London.

George didn’t stop at his success in the hospitality and catering sector. His attention turned to numerous other areas, as diverse as construction, logistics, Python programming, and cryptocurrency investment.

George’s versatility and track record of generating business ideas and seeing them through to excellence has attracted the attention of Thalesians Marine Ltd, where George manages projects for some of our key clients.

Natalia contributes to the business of Thalesians Marine Ltd across the board: she maintains schedules, edits business documents, prepares reports, conducts market research, and provides general support to the business function.

Natalia has studied ACCA/Foundation at London School of Business and Finance.